Endemic Global Corruption and Proposals for an International Anti-Corruption Court 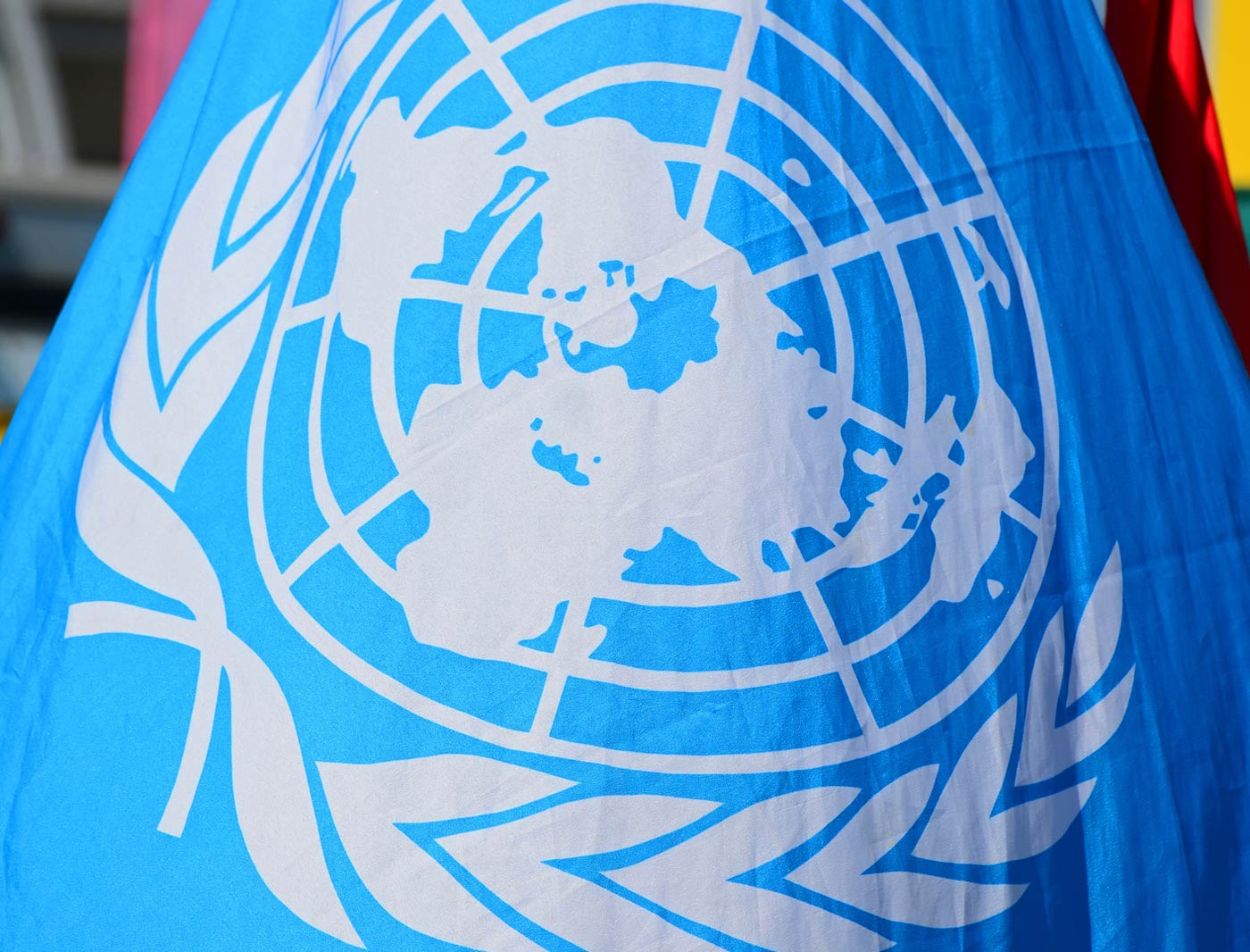 The ink was barely dry on the 1945 UN charter before proposals for reforms in the UN began to appear, making the field almost as old as the organization itself.  In the subsequent 75 years, the membership of the UN has almost quadrupled – from 51 founding member states to 193 today – even as the world itself has shrunk and become far more interconnected.  In that period, the UN has had a mixed record in addressing global issues, with some major advances, occasional embarrassing setbacks, and sometimes stubborn resistance to deep institutional change.

There has however been a steady process of experiential collective learning and evolution – how best to respond to both civil wars and trade wars, earthquakes and tsunamis, famines and poverty, colonialism and imperialism, human rights and violations of the laws of war, weapons of mass destruction and small arms.  Perhaps the most interesting conclusion from the first 75 years – already three times the 26-year lifespan of the League of Nations – is the idea that the UN is a ‘living’ institution subject to erosion and decay, but also to improvement and evolution.  Institutional change and reform are, over time, the price of continued relevance.

The UN reform literature has taken an upswing in the last five years, with a number of reports and proposals, including (but not limited to) International Peace Institute’s Independent ‘Rudd’ Commission on Multilateralism Report (2016), the ‘Albright-Gambari’ Innovation Agenda for UN75 (2019), Lopez-Claros et al’s Global Governance and the Emergence of Global Institutions (Cambridge, 2020), the Stimson UN 2.0 Ten Innovations for Global Governance proposal (2020), the Elders’ Multilateralism Position Paper (2020), and Together First’s Stepping Stones for a Better Future Report (2020).

One of the central reform issues since the 1950s concerns the question of whether and how to further democratize representation and decision making at the UN.  At present, by original design, it is effectively a club of governments – represented by their executive branches – without any direct or indirect representation of people themselves, nor any role for national legislatures or judiciaries.  All decision making, from the General Assembly’s budgetary committee to the Human Rights Council or the Security Council, is done through a single vote per nation, whether that nation is China or Liechtenstein.

The UN Turns 75: What Next? with USG Fabrizio Hochschild

Fresh off the heels of the UN 75th anniversary, our host Augusto Lopez-Claros sits down with Under Secretary General Fabrizio Hochschild to discuss the past and future of the UN.

Below are several ideas that have been considered over time, and that would significantly alter the fundamental structure and operations of the UN.  They are generally considered ‘over the horizon’, well beyond what member states would agree to today.  But they also point to existing underlying imbalances that simply will not go away.

1. Weighted Voting in the General Assembly

The issue of weighted voting has been discussed at length by various experts who wish to see a fairer balance of power among member states of the UN, and to remedy a situation in which large countries such as China, India or the United States have the same single vote as small ones like Kiribati, Surinam, or Luxembourg.

The second factor often cited is economic size or power (usually using GDP as a measure).  Here the disparity is even more acute.  In 2019, the sixteen economies in the world with GDP of a trillion dollars or more accounted for 76 of the $88 trillion global economy (GDP).  In other words, 8% of countries accounted for 86% of global economic activity. The four largest economies (United States, China, Japan, Germany) had a combined GDP roughly equivalent to the other 189 economies.

Therefore, many proponents of reforms in the UN point to the need for a better correspondence between the size of a country’s population and economy and its voting power through a new, objective and fair weighted voting system that reflects the most recent data and allows for evolution over time.

For example, Global Governance and the Emergence of Global Institutions for the 21st Century puts forward a “modified Schwartzberg proposal” (drawing from Schwartzberg’s “Transforming the United Nations System: Designs for a Workable World”). This proposal suggests using GDP data and population as the main criteria for weighted voting, allowing for a fair distribution of votes across all participating countries. A third “membership” factor, equal for all 193 UN members, would ensure that smaller states are adequately represented.

Importantly, weighted voting would be meaningless alone.  A more representative parliament is not more effective unless it also has real authority and powers. More comprehensive and thorough reforms in the UN will require a more complete overhaul of current operations — one that more intelligently captures the global landscape and prioritizes human welfare and sustainability.

A different point of contention when it comes to the UN’s legitimacy as a democratic organization concerns the nature of representation rather than its scale.  At present, country representatives in the General Assembly or Security Council are in every case diplomats appointed by the executive branches of their governments, which essentially ‘bakes in’ a disconnect between the UN and global citizenry.  Diplomats will often say they ‘speak for’ their governments, but rarely will they venture to claim they speak for their people.

To remedy this, the idea of a World Parliamentary Assembly was considered at the inception of the UN and has gained greater traction more recently.   It would serve as an advisory body to the General Assembly, a kind of “second chamber” not so different from the two-chamber legislatures in many countries.  While the General Assembly would continue to be the center of government-to-government interactions, areas of respective competence could be identified and laid down so as to give the WPA a voice when it comes to decisions that more directly affect people’s welfare for example.

Yet another approach that has been considered is to revise the method by which the General Assembly is composed, moving towards the goal of having representatives elected by their respective national populations.  For example, Global Governance and the Emergence of Global Institutions outlines a three-step transition:

1)  For 8 years, representatives would be chosen by their respective national legislatures.

2) For another 8 years, at least half of the deputies would be chosen by popular vote within each country.

3) Beyond this 16-year period all representatives would be elected by popular national vote.

Ideas and proposals like these may seem overly ambitious, and each of them certainly has associated disadvantages.  But the problems and discrepancies they aim to resolve are real and often glaring.  Globally, one can see trends toward greater citizenry empowerment, grass-roots activism, civil society engagement, transparency, accountability, and greater inclusivity.  It is unlikely that the UN and its intergovernmental machinery can remain permanently insulated from these trends.  Parts of it, like the human rights mechanisms or even the selection of the Secretary-General, are facing growing demands for openness and meaningful participation from global civil society.

There is no consensus on these issues so far, nor is any of them close to fruition.  But the experience of the past year is a reminder that the confluence of three factors – 1) a global threat like a pandemic, a climate emergency, or a nuclear crisis; 2) an increasingly vocal, youthful, and connected global citizenry, and 3) the prospect of parts of the UN system becoming entirely marginal or irrelevant – can drive change more rapidly than usual.  Acute need, growing demand, and the threat of irrelevance can accelerate consideration of ideas that once felt too distant and too bold.  What was once a bridge too far can sometimes become a bridge to the future. 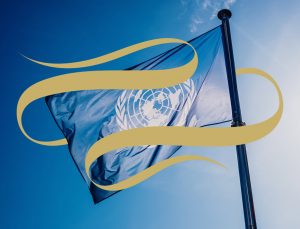 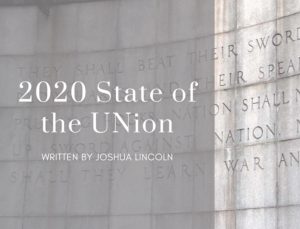 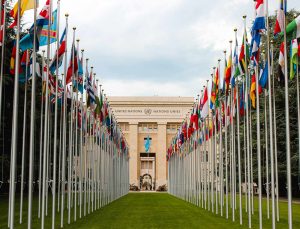