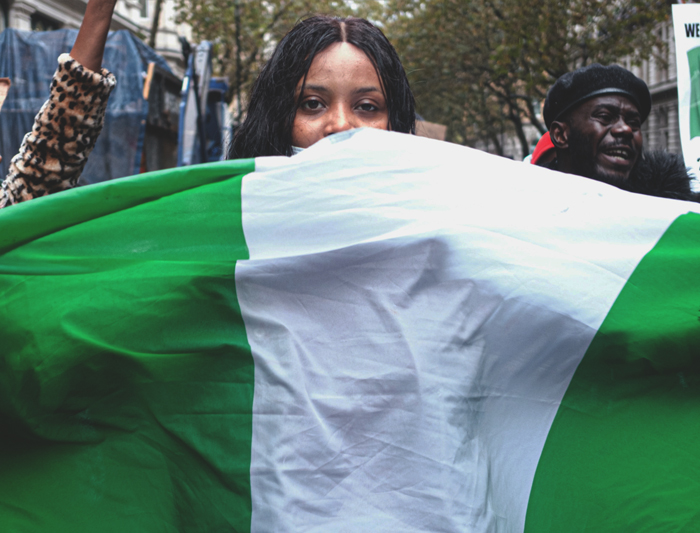 The global average of women in political office remains a disappointing one in four or about 25 percent. Africa’s regional average is 23.4 percent and the West Africa sub-regional average a bare 15 percent. Even worse is Nigeria’s appalling 4.1 percent is the lowest in the entire African continent, even though women represent 49 percent of Nigeria’s total population.

Despite extensive research into the barriers that prevent women from participating in politics and the corresponding proposed solutions to address them, it is important to examine the multiple dimensions of their absence from political leadership throughout the world and the serious implications for society. This essay briefly examines who and what suffers when women’s representation in politics is low and the high price women pay, both financially and socially, to become involved.

There is strong evidence that as more women are elected, family-friendly and diverse policy making increases

Nigeria recently celebrated 61 years of independence and 22 as a democratic nation. Why would such a promising nation continue to exclude virtually half its population from decisionmaking roles which would benefit the whole society?

In the 1999 general elections in Nigeria, only 1.82 percent—28 of 1543 elective offices at the national level —were won by women. This increased to 4.2 percent in 2003 and rose to a high of 6.4 percent in 2011, before falling in the next two general elections to 5.65 and 4.17 percent in 2015 and 2019, respectively. Nigeria is one among many nations which must take stock and evaluate the many costs associated with getting women into positions of political leadership and prioritise ways to address the barriers that continue to make politics an expensive endeavour for women as participants and deprive the society at large of its benefits.

Who and what suffers when women are absent?

The underrepresentation of women in decision-making roles has serious consequences for society, first and foremost because men and women do not share the same policy preferences. When women were present in a leadership capacity, studies in India showed much improved socio-economic growth, with greater gender-sensitive spending on programs related to health, nutrition and education (Baskaran et al., 2018).

There is strong evidence that as more women are elected, family-friendly and diverse policy making increases, as seen in such countries as France, Sweden, South Africa, Rwanda and Egypt. Women tend to promote “fairness, transparency, and impartiality’’ as well as improved service delivery, and to propose structural reforms that have a redistributive agenda that addresses inequities, provides social safety nets, and leads to greater social and economic sustainability.

Gender Equality as a Driver of Human Prosperity

In a broad ranging discussion Amanda Ellis discusses the progress made over the past quarter century in achieving greater gender equality and why empowering women is the key to a more secure and prosperous world.

Other studies show a positive correlation between higher levels of gender equality and women’s political participation with better overall governance and significantly lower levels of corruption. According to the Inter-Parliamentary Union (IPU), Rwanda has the highest level of female representation of any parliament in the world (61.3 percent) and ranks 49 out of 179 in the Transparency International Corruption Perceptions Index (CPI), the second best performer in Africa (after Botswana). New Zealand has 49.2 percent female representation in parliament and ranks 6th in the IPU ranking and a CPI ranking of 1 out of 179, as compared to Nigeria, which ranks 184th (out of 187) in female representation in parliament and a CPI ranking of 149 out of 179 countries. Clearly, Nigeria urgently needs leaders who will ensure more inclusive policies and accountable institutions that curb corruption and allow them to finance the country’s development and reduce its ballooning debt profile.

Based on the data above, getting women into positions of political leadership should be prioritized and treated with urgency; however, women continue to face outrageous financial and social costs when they aspire to run for public office or succeed in obtaining leadership positions.

Financial costs for women who want to run for office

The exorbitant cost of political elections presents a major obstacle to women who are interested in seeking elective office. Women—frequently economically disenfranchised in the first place—are outspent by their male counterparts, who can tap into multiple sources of financing. Therefore, women need financial support if they are to actively participate in politics. But where is such financial support to come from?

Political financing regulation has been used in some countries to level the playing field. The Nigerian Electoral Act was recently amended and, to the dismay of many, section 88 of the bill raised the campaign spending limit for elective office positions by over 1,000 percent across all positions. This came as a shock to stakeholders, who expected the limits to be reduced, ensuring fairer and more equal participation.

Many of the stakeholders in Nigeria have acknowledged the expense of running for office but are not willing to fund women directly. This paralyzing situation is what inspired my organisation, ElectHER, to launch “Agender35”, a $10 million fund to support 35 women directly and 1,000 women indirectly in the 2023 elections. This is a direct response to many surveys we have conducted with the women with whom we are in contact, who have indicated that they will feel more inspired and encouraged to run if they have financial support.

There are also daunting non-financial or social costs for those women who express a desire to become involved in politics. Some of these take the form of verbal or sexual assault, threats, and the use of insulting labels by the media and others. Women have no choice but to make sacrifices that cost them dearly in their personal and professional lives. In a recent account by women who ran for office in the local council in one state of Nigeria, I learned first of the struggles women faced, including both physical violence and other forms of abuse. One unfortunate candidate woke up the day after the election to learn that not only had she lost the election, but also her pregnancy, due to the stress on the campaign trail.

In 2016, the National Democratic Institute in Nigeria launched the “#NotTheCost” campaign to raise awareness, stop violence against women in politics and disabuse people of the notion that harassment, threats, or any form of abuse are simply “the cost of doing politics.” For many Nigerian women, this abuse heads their list of reasons why they will never become involved in politics: they justifiably fear for their safety and that of their loved ones. No one should have to pay such a terrible price—even at the risk of losing her life to serve her people—and surely no nation should exclude half its population from public service, at the cost of its growth and development.

As the next general election approaches in February 2023, Nigeria cannot afford to leave women behind. It must ask serious questions about what can be done to avoid making this costly mistake. As has been done elsewhere, one key recommendation is the setting of a legislated gender quota with adequate political finance regulations to back it up. Everywhere there has been an increase in women’s political representation, there has been a legislated quota.A majority of the members of the Lower House of the 9th Assembly are currently co-sponsoring a bill to create 111 additional electoral seats for women. This is surely a step in the right direction. Some have expressed concern about the wage bill that would necessarily accompany these additional seats. But what they should consider is the relationship between this modest additional cost to the national budget in comparison with a) the heavy price the women running for office have to pay to run for office in the first place, and b) the staggering cost to the nation’s social and economic health of excluding the participation of women in political leadership. A sober and realistic accounting of these costs reveals that they cannot be compared. In reality, the “Gender gap costs sub-Saharan Africa US$95 billion a year” and with Nigeria as the largest economy and population in the region, it is safe to say that the country can no longer pay lip service to dealing with such a costly problem. It must act now. 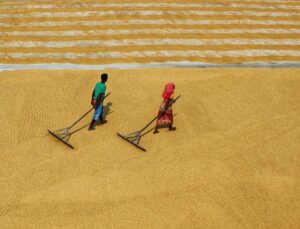