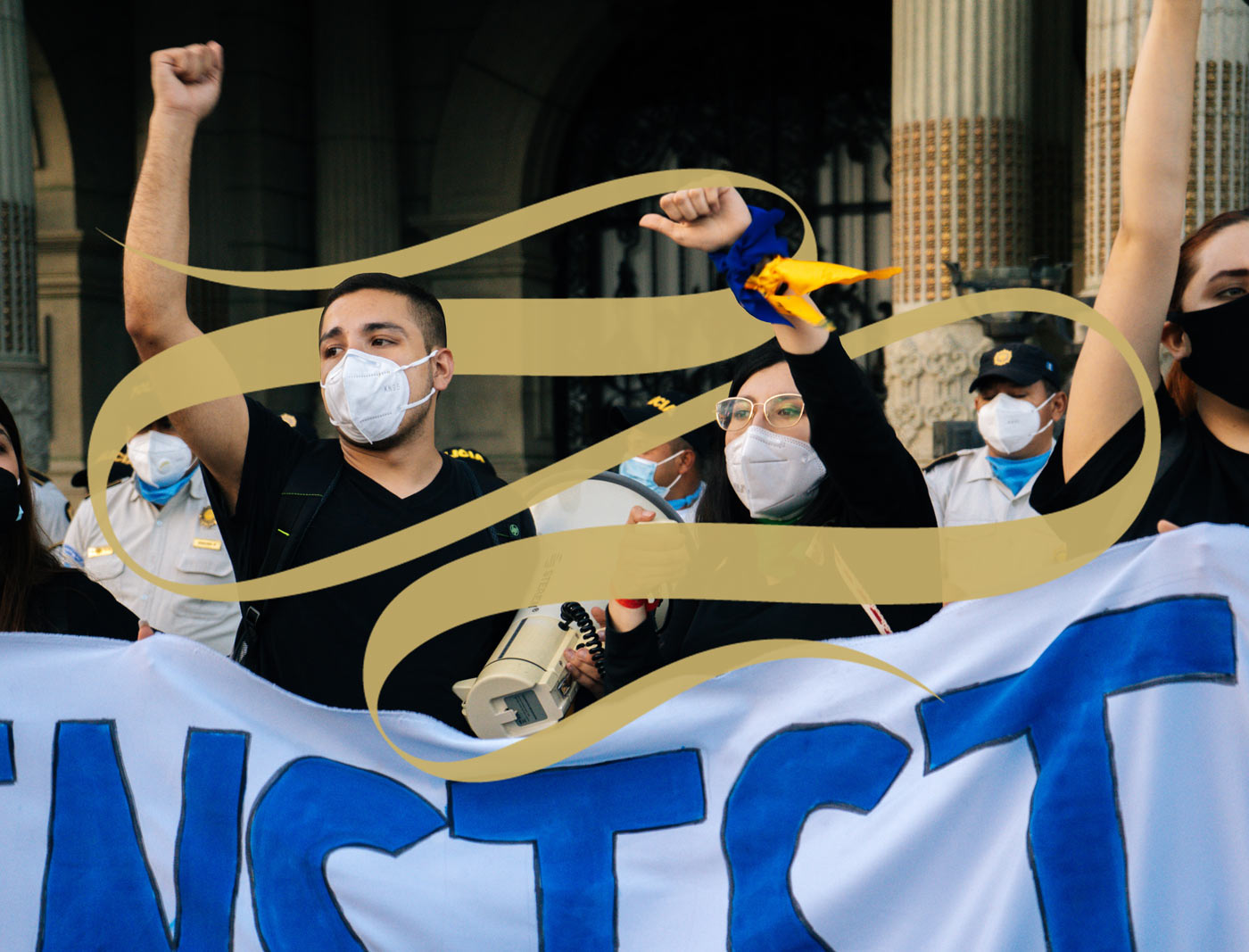 Most countries in Latin America identify themselves as democratic republics. Their constitutions recognize the principle of checks and balances, acknowledge the separation of powers, and establish the independence of the judiciary. Regrettably, however, what is written in the law is not necessarily exercised in practice. For centuries politicians and other influential sectors try to control the courts.

There are a few countries in the region, in which democratic institutions were strengthened, and real separation of powers achieved. According to legal scholar Luis Pásara, “Latin Americans have never had a tradition of judicial independence, which is a notion and practice of the Anglo-American tradition.” Pásara maintains that as early as the colonial period, judges were vassals of the king, and now centuries later, they are subjects of presidents or politicians.

One consequence of a lack of judicial independence is the abuse of power by officials in other branches of government. First, authoritarian government officials take control of the courts; for who can question illegal actions if judges are in their pockets? Chavez did precisely that when he took power in Venezuela; and Ortega in Nicaragua. Now we see the rule of law being undermined in other countries, where judges openly respond to the interests of organized crime.

What is happening in Guatemala?

That is the case of Guatemala, a small Central American country whose strategic geography facilitates regional commerce. Recently, its territory has offered easy passage for drugs from South America to the United States. According to the US Bureau of International Narcotics and Law Enforcement Affairs, “in 2018, an estimated 1,400 metric tons of cocaine were smuggled through Guatemala, the majority of it destined for the US market. Guatemala also confronts an array of transnational criminal organizations involved in alien smuggling, trafficking in persons, money laundering, arms trafficking, and extortion.”

In 2018, an estimated 1,400 metric tons of cocaine were smuggled through Guatemala, the majority of it destined for the US market.

For many years, honest Guatemalans have worked to strengthen the judiciary and promote innovative initiatives to fight organized crime and systemic corruption. One of them, the International Commission against Impunity in Guatemala (CICIG), accompanied the UN Attorney General for ten years to investigate high-impact cases. More than 70 complex criminal structures involving powerful individuals in different sectors of the society were investigated and identified, resulting in some legislative reform and public policies to tackle crime. Although the CICIG was abolished by one corrupt president, the task remains to effect comprehensive reform of the judiciary, which will favor true independence, impartiality, and objective investigations.

As increasing evidence emerges that the courts have been co-opted by the mafia, the justice system loses its credibility. Unbelievably, election to higher courts is influenced by corrupt politicians and criminals in prison, guaranteeing impunity for their crimes. All leaders of political parties having the largest representation in Congress are implicated in different corruption cases, international drug cartels or trafficking networks.

Despite being denounced by the UN Special Rapporteur on the independence of judges and lawyers, the process of electing the highest authorities in the judicial system has been riddled with illegalities, weakening its component institutions. Every five years, Congress elects 13 magistrates for the Supreme Court of Justice and more than 100 judges for the appeals courts. Formal qualifications for these positions are minimal and politicians disregard the merit selection process. Instead, they routinely appoint unethical lawyers as the highest-ranking judges, guaranteeing their influence over them. Given the minimal legal mechanisms to stop such damage to the judiciary, the very officials who could correct the situation are themselves part of the problem by disregarding the law. Fortunately, judges of the Constitutional Court are elected differently and are not yet controlled completely by corruption networks.

The Guatemalan Supreme Court judges currently in office were elected in 2014 by corrupt political parties leading to serious corruption scandals in 2015. The then vice-president was charged with conspiring to smuggle cocaine into the US and will be extradited. Another contender for president was detained in the United States on drug trafficking charges, pleaded guilty, and is serving prison time, but not before ensuring that his cronies were ensconced in the higher courts. In 2019, the process of electing new judges to the Supreme Court was suspended and in February 2020 it was discovered that the election was being influenced by another corrupt politician, who is facing charges in no fewer than five different cases.

The fight to control justice has become a battle between the Supreme Court and the Constitutional Court, with the latter issuing a ruling ordering the Congress to exclude corrupt candidates or those under criminal investigation. Congress has ignored the decision, arguing that it is illegal. The candidates affected petitioned the Supreme Court to impeach the constitutional judges. However, the Ombudsman (Procurador de Derechos Humanos) blocked the impeachment process through an injunction. Thus, a sword of Damocles now hangs over the head of the Constitutional Court.  The period of the Constitutional Court ends in April 2021. The interests of powerful groups that seek impunity want to install servile judges. If the corrupt networks succeed in their attempt to elect its judges, the judicial system will collapse. If Congress succeeds in electing improper judges to the Supreme Court, without guaranteeing an objective and in-depth evaluation of candidates, the country will sink in corruption and become a failed state.

When a country becomes a kleptocracy run by organized crime, the effects go beyond its borders. Guatemala is a clear example of a state where the correlation between corruption, weak institutions, impunity and violence has an impact on human rights violations of different kinds.  Having a failed state as a neighbor has negative and dangerous effects on the entire region.

What is the international response to the crisis in Guatemala?

It is critical for the international community to lead an effort to rescue the credibility of Guatemala’s judicial institutions. In similar circumstances, other countries have turned to the international community for support in selecting their courts. In Ukraine, a panel of experts was formed to accompany the appointment of judges to their anti-corruption courts. In Colombia, the members of the Special Peace Tribunal were appointed through a process in which foreign jurists participated. In Ecuador, the UN and the European Union created a mission providing guarantees of transparency and ensuring that those appointed to the country’s judicial organs met international standards and principles.

When a country becomes a kleptocracy run by organized crime, the effects go beyond its borders.

Countries with a tradition of respect for the rule of law cannot stand aside in the face of attacks on the judicial institutions of other states, because their own security is jeopardized. Now the United States government is proposing to support the creation of an International Anti-Corruption Commission for Central America. The international community would do well to support it and propose innovative and creative novel mechanisms to prevent organized crime from controlling judicial institutions. This would guarantee the appointment of honest judges known for their commitment to justice. 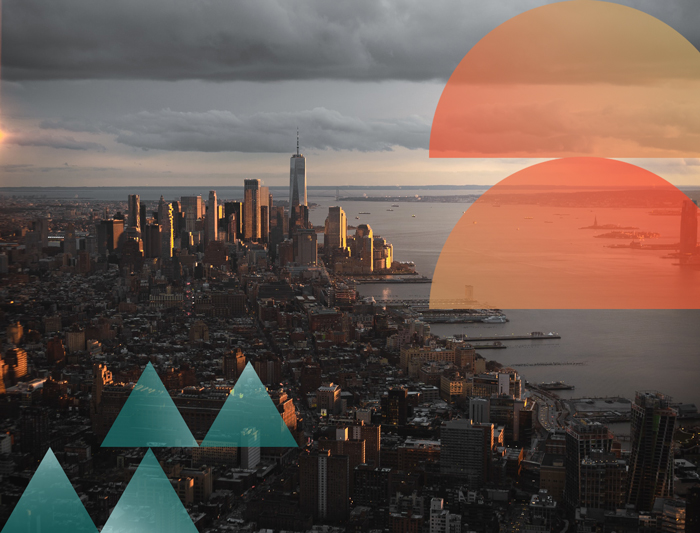 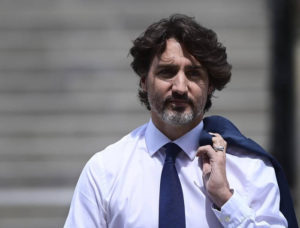