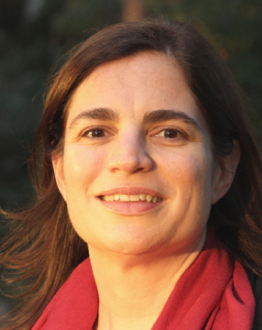 Professor Bâli is Professor of Law at the UCLA School of Law. She teaches Public International Law, International Human Rights and a seminar on the Laws of War. She joined UCLA from the Yale Law School where she was the Irving S. Ribicoff Fellow in Law, and coordinator of the Middle East Legal Forum.

Bâli is a graduate of the Yale Law School, where she served as an editor of the Yale Law Journal and as an articles editor of the Yale Journal of Human Rights & Development. Her Ph.D. in Political Science is from Princeton University, where her dissertation concerned the challenge of enforcement in the nuclear non-proliferation regime. After law school, she worked for the United Nations Office of the High Commissioner for Human Rights and as an associate at Cleary Gottlieb Steen & Hamilton LLP in the New York and Paris, France offices.

Bâli’s current research interests focus on public international law, arms control, human rights and international humanitarian law. She also has a strong interest in the comparative law of the Middle East. Recent work includes Negotiating Non-Proliferation: International Law and Delegation in the Iranian Nuclear Crisis (2014); Courts and Constitutional Transition: Lessons from the Turkish Case (2013); Pax Arabica?: Provisional Sovereignty and Intervention in the Arab Uprisings (2012); and Beyond Legality and Legitimacy: Intervention and the Eroding Norm of Nonproliferation (2011).