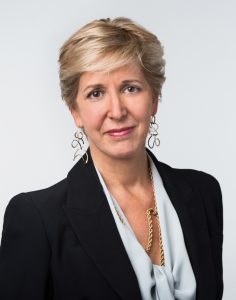 Danielle Pletka is a senior fellow in foreign and defense policy studies at the American Enterprise Institute (AEI), where she focuses on US foreign policy generally and the Middle East specifically. Until January 2020, Ms. Pletka was the senior vice president of foreign and defense policy studies at AEI. Concurrently, she also teaches US Middle East policy at Georgetown University’s Walsh School of Foreign Service.

Before joining AEI, Ms. Pletka was a senior professional staff member for the Middle East and South Asia for the Senate Committee on Foreign Relations.

Ms. Pletka has authored, coauthored, and coedited a variety of studies, monographs, and book chapters, including the introduction to “Seven Pillars: What Really Causes Instability in the Middle East” (AEI Press, 2019); the report “Tehran Stands atop the Syria-Iran Alliance” (Atlantic Council, 2017); the chapter “America in Decline” in “Debating the Obama Presidency” (Rowman & Littlefield, 2016); “America vs. Iran: The Competition for the Future of the Middle East” (AEI, 2014); “Iranian Influence in the Levant, Egypt, Iraq, and Afghanistan” (AEI, 2012); “Containing and Deterring a Nuclear Iran” (AEI, 2011); and “Dissent and Reform in the Arab World: Empowering Democrats” (AEI Press, 2008).

A regular guest on television, Ms. Pletka appears frequently on NBC News’ “Meet the Press.” Her broadcast appearances also include CBS News, CNN, C-SPAN, and MSNBC. She has been published in The Washington Post, The Wall Street Journal, The New York Times, The Hill, and Politico, among other outlets. Ms. Pletka is also the cohost, with AEI’s Marc Thiessen, of the podcast “What the Hell Is Going On? (Making Sense of the World).”

She has an MA from the School of Advanced International Studies at Johns Hopkins University and a BA from Smith College.