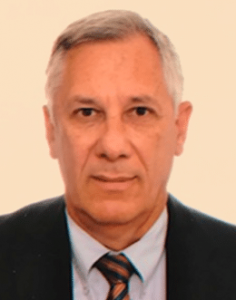 Eduardo Rodríguez Veltzé is a Bolivian lawyer, who holds a Master of Public Administration from Harvard University‘s John F. Kennedy School of Government. He was first in private practice as an attorney and later engaged in public service at the Ministry of Foreign Affairs and the General Audit Office. He was Resident Coordinator for the UN Latin American Institute for Criminal Justice in Bolivia, and later Dean and Law professor at the Bolivian Catholic University’s Law School. In 1999, he was appointed Justice of the Supreme Court of Bolivia and subsequently was named Chief Justice. In 2005, in that capacity, and as a result of successive resignations in the legislative and executive branches, the Bolivian Congress appointed him President. While in office until 2006, he led constitutional reforms and held general elections. In 2013, he was appointed as Ambassador to the Netherlands and Portugal. He served as Agent of Bolivia before the International Court of Justice in two international cases and served as Member of The Hague Permanent Court of Arbitration and Member of the Advisory Committee for the nomination of Judges for the Assembly of States Parties to the Rome Statute (International Criminal Court). He is married, with four children.