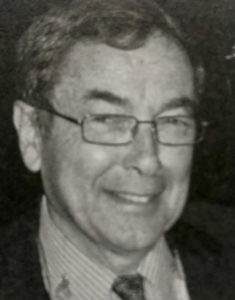 Since August 2013, Mr. Ingram has served as Senior Advisor and Chairman of Capitalis Investment Advisors, a South African-based equity group developing projects and structuring financing for investments in alternative energy and agriculture in Africa. During this same period, he has been associated with the Global Growth Dialogue, a US-based group of prominent academics and senior public officials, dedicated to identifying best-policy options that sustain more inclusive economic growth. He has also advised the Trudeau government in Canada on a number of policy initiatives related to the Western Balkans. Mr. Ingram was recently named a 2020 Fellow of the Canadian Global Affairs Institute.

Prior to joining NSI, from 2006 to 2010, Mr. Ingram worked on behalf of CIDA and the World Trade Organization (WTO) as a senior advisor to the WTO’s Integrated Framework Program on trade and development issues in francophone Africa and the Middle East.  During the same period, he served as a consultant on human rights issues for the World Bank and for the Office of the UN High Commissioner for Human Rights.