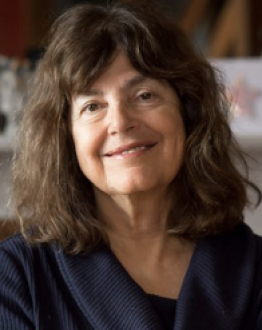 Mary Kaldor is Professor Emeritus of Global Governance and Director of the Conflict Research Programme at LSE IDEAS at the London School of Economics. She has pioneered the concepts of new wars and global civil society. Her elaboration of the real-world implementation of human security has directly influenced European and national governments. She is the author of many books and articles including New and Old Wars: Organised Violence in a Global Era (3rd edition, 2012), International Law and New Wars (with Christine Chinkin, 2017) and Global Security Cultures (2018).

Among other roles, she was Editor of the European Nuclear Disarmament Journal (1980’s), Chairperson of the Helsinki Citizens Assembly (1990’s), Convenor of the Human Security Study Group that reported to Javier Solana and Frederica Mogherini when High Representative for Common Foreign and Security Policy of the European Union (2004-2016), a member of the Independent International Commission on Kosovo (1999-2000), a member of the Governing Board of the Stockholm International Peace Research Institute. She is currently a member of the United Nations Secretary General’s Advisory Board on Disarmament.