Russia Must Pay for Ukraine’s Reconstruction

Russia Must Pay for Ukraine’s Reconstruction 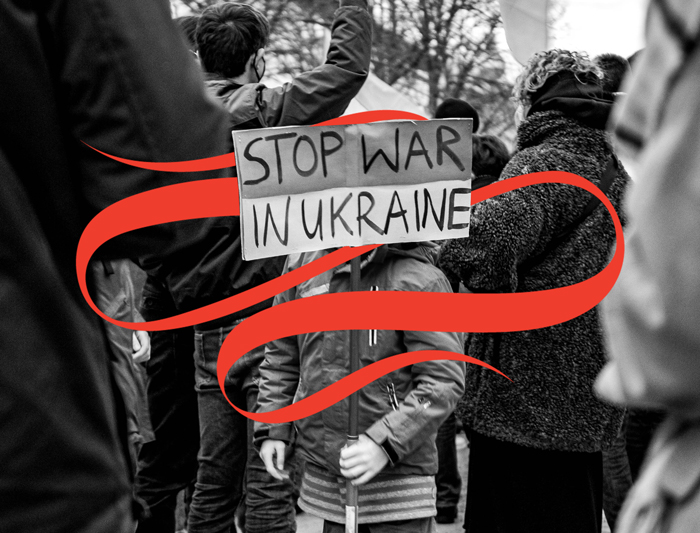 Last week, on the eve of the Russian invasion of Ukraine, I was contacted by a radio station in Moscow. The journalist, who had interviewed me before, wanted to hear my views on the current situation. In my remarks I focused on the likely impact on the Russian economy of the sanctions which were then being contemplated. I told him that I feared that the impact would be devastating and that it would lead not only to a huge economic contraction, perhaps as large as that seen during the global financial crisis in 2009 when the Russian economy contracted by close to 8 percent, but that it would also contribute to substantially widen the gap with respect to China and India, two other emerging market giants.

As best as I could I described to the journalist the gist of the insight conveyed by the chart below, which shows that over the period 2000-2021 the Russian economy has, broadly speaking, expanded by a factor of 2, whereas India has expanded by a factor of 4 and China by a factor of 6. In other words, Russia’s economic growth performance has been dismal relative to that of India and China. More pointedly, notwithstanding the relatively mild sanctions imposed in 2014, following the seizure of the Crimea, the Russian economy has grown by less than 1 percent on an average annual basis during the period 2015-21, compared to over 5 and 6 percent, respectively, in the case of India and China.

The sanctions would have fairly dramatic implications for the evolution of poverty in Russia, they would slow down or derail the transformation of the economy away from the current model based on the production and export of primary commodities, and would have a destructive effect on the investment climate, at a time when countries everywhere were increasingly focused on creating conditions of macroeconomic and political stability and clear and predictable rules as magnets for foreign direct investment and the benefits that it brings.

My message was not a cheerful one and the interview was not broadcasted. In the event, I significantly underestimated the range and strength of the sanctions imposed following the invasion which, perhaps to the surprise of everyone, included a freeze on the international reserves of the Central Bank of Russia, a large share of which are located in some of the world´s leading financial centers, as is the prevailing practice with emerging and developing countries. The impact of this much tougher sanctions regime has been devastating. The stock market has more or less been wiped out, the ruble has come under huge pressure and there is a long list of major global corporations which have announced their departure—often at great cost—from the Russian markets.

More importantly, and perhaps to the surprise of the Russian government, there has been a high degree of international unity in the response to Russia’s unprovoked invasion. On March 2 the UN General Assembly, by a vote of 141 to 5 issued a Resolution in which it “deplores in the strongest terms the aggression by (Russia) against Ukraine” and demanded it “immediately cease its use of force against Ukraine.” The 5 countries that opposed the Resolution were Russia, Belarus, North Korea, Syria and Eritrea.

In an article published in 1943 in The American Scholar titled “The Future of Pacifism” Bertrand Russell, with the unassailable logic that he was known for wrote:

“Wars will cease when, and only when, it becomes evident beyond reasonable doubt that in any war the aggressor will be defeated.”

It is obvious that Russia, at least in the near term, has the overwhelming military advantage and few analysts think that it will suffer a military defeat in the conventional sense of the word, with its forces destroyed on the ground, as was the case with Saddam Hussein´s 1991 Kuwait adventure. However, even if the Russian army were to unleash destruction on Ukraine´s cities on the scale of its attack on Grozny in Chechnya in late 1999 and early 2000, it is not clear that, over time, it will be able to exert control over a country of 40 million people whose sense of national identity has just received a massive boost. The parallels with the Soviet Union´s invasion of Afghanistan in 1979 and its ultimate retreat a decade later are telling.

On the other hand, the war in Ukraine provides an excellent opportunity for the international community to redefine the meaning of “defeat” for Russia in a way that sends a permanent lesson to all potential future aggressors. Article 1 of the UN Charter, endorsed by Russia and 192 other countries, states the primary purpose of the UN to be “to maintain international peace and security, and to that end: to take effective collective measures for the prevention and removal of threats to the peace, and for the suppression of acts of aggression or other breaches of the peace…” In that spirit, this is what we propose.

Redefining the meaning of “defeat”

The freezing of Russia’s international reserves (some US$630 billion, though perhaps only some two thirds of this has been affected) should be used to finance the reconstruction of Ukraine. This should involve not only the rebuilding of its cities and other infrastructure damaged by Russian aggression but should also be used to compensate the families of people killed as a result of the bombardment. Compensation should also be given to the close to 1 million refugees whose lives have been upended by the war and who are innocent bystanders in an unprovoked conflict. But beyond, such compensation should also have a punitive dimension, capturing the psychological anguish and costs of Russian aggression.

The war in the Ukraine is a crisis that must not be wasted. It should be used to rewrite the rule book on the consequences of armed aggression. And the sooner this is announced the better so that Russia will know that the longer the siege of Ukrainian cities, the more widespread the destruction and human toll, the larger will the final bill be. Russia must be made to understand that it will pay for this, in the most literal sense of the word. And the Russian population must soon learn as well that, in the end, the invoice for this calamity will be borne by them since these resources are the people´s resources.

Russell was absolutely right. His logic is flawless. This is an opportunity to redefine the meaning of collective security in a way that the suffering in Ukraine is not in vain but sets a new benchmark for international cooperation in the area of peace and security. 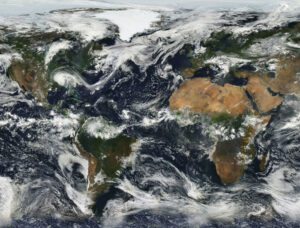 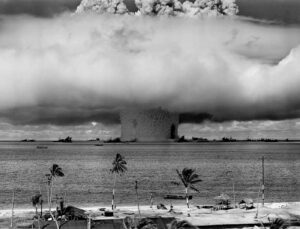 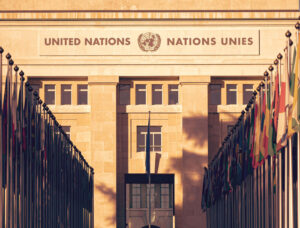