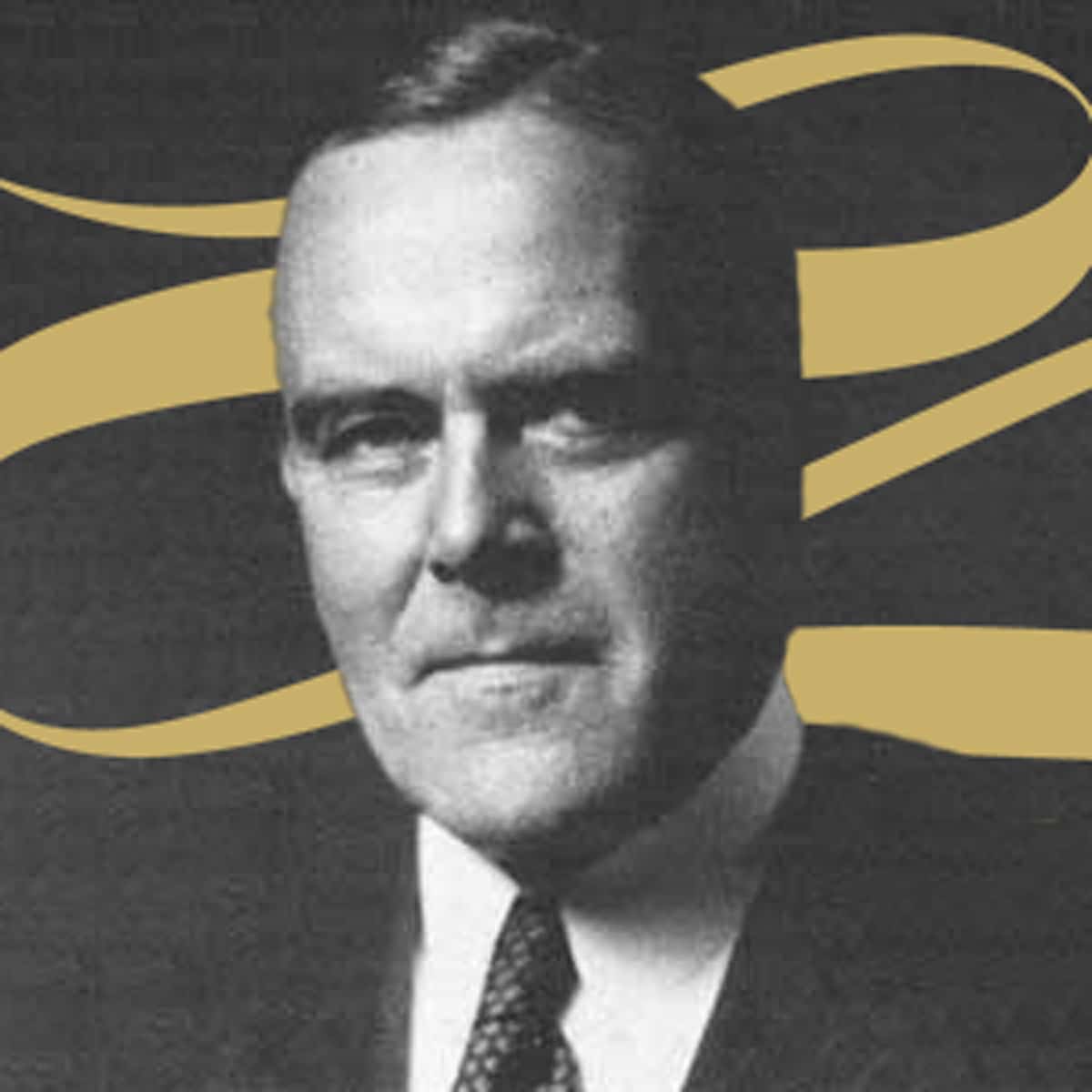 Grenville Clark (1882 – 1967), a powerhouse Wall Street lawyer, was a close advisor to Presidents and cabinet members on matters of economics, national security, academic freedom, civil rights, and world peace. In numerous unpaid, unpublicized public service roles throughout his lifetime, he was cherished in the inner circles of both business and government. Both Presidents Roosevelt called him “Grenny,” and he advised most in between. He never sought public office and delighted in saying “There is no limit to the good a man can do if he doesn’t care who gets credit.”

After graduating from Harvard Law School, he clerked with FDR and co-founded the distinguished law firm “Root, Clark.” In 1915, against a strong tide of isolationism, the 32-year-old lawyer was convinced that America would soon be forced into the “Great War” raging in Europe and that the US military would face disaster. He designed an all-volunteer officer training program, “the Plattsburg Camps” which prepared thousands of businessmen as trained officers, earning him the distinguished service medal for his contributions to the war effort.

As economic advisor to newly-elected FDR, Clark helped lead the country out of the Great Depression, authoring the 1933 Economy Act, one of the most successful pieces of legislation in FDR’s famed “100 Days.” His defense of American civil liberties in times of national security threats, led to his appointment as chair of the American Bar Association’s newly formed Bill of Rights Committee.

In 1940, with the American military again in an anemic state and entrance into World War II in hot debate, Clark wrote the Selective Service Act and, collaborating with the interventionist Secretary of War, Henry Stimson, thus ensuring the difference between victory and defeat. The top-secret development of the atomic bomb was the responsibility of the War Department in which Clark served with Stimson. Both foresaw the new weapon’s fearsome potential and understood that once the United States developed the bomb, other nations would follow suit, leading to a deadly arms race. After D-day, Stimson released Clark from service, with the parting instruction to “go home and try to figure out a way to stop the next war and all future wars.”

WW II alone had left more than 60 million people dead, cities in ruins, agriculture and industry crippled, and survivors’ misery exacerbated by widespread shortages. With the bombing of Hiroshima and Nagasaki, it was reasonable to predict that the world would not survive another global conflict. When asked why he devoted the bulk of his time and energy to what he called “the Peace Problem,” Clark responded: “. . . shame at the incapacity of the human race to summon up enough intelligence and will to solve this problem, when the knowledge and means to solve it are at hand.”

Clark had been contemplating world order ever since World War I, when he had endorsed the League of Nations. He was dismayed when the US Senate blocked America’s participation, and saddened when it eventually disintegrated. Taking this failure as evidence that no mere association of sovereign states could prevent war, he decided a more comprehensive legal structure was needed to ensure peace. In 1940, Clark had already drafted a constitution for a world government of limited powers, and in July 1944, published his first major article on peace: “A New World Order – the American Lawyer’s Role” outlining his four major principles for an effective world government:

• Universal membership, inclusive of all major powers
• Weighted and balanced representation
• Power limited to preventing war and providing for common defense
• Immediate transition, while the evidence and memory of war were still fresh.

Clark was disappointed with the 1944 Dumbarton Oaks deliberations, which resulted in the proposal for a General Assembly with one vote for each member state and a five-member Security Council, requiring unanimity, and giving each member veto power. He wrote:“….nothing better than a new league of sovereign states hamstrung by the veto…” After the first UN conference in 1945, he was dissatisfied that the framers of its Charter did not give it “adequate powers to fulfill the main purpose for which it was organized – namely to prevent war.”

In 1950, Clark wrote “A Plan for Peace” outlining the steps most likely to occur in the event of a third world war, and the horrific consequences each country would likely suffer as a result. In 1958 Clark collaborated with Prof. Louis Sohn of Harvard on three editions of World Peace Through World Law, promoting the thesis that the time had come to seriously consider UN Charter reform and the establishment of institutions “on a world scale corresponding to those which have been found essential for the maintenance of law and order in local communities and nations.”

Nominated in 1967 for the Nobel Peace Prize, Clark died twelve days after the nomination deadline at his home in Dublin New Hampshire. No Nobel Prize for peace was awarded in 1967, but Committee members privately told Clark’s daughter, Mary, that her father had indeed been the nominee, his final award quietly shared outside the glare of the spotlight.
Clark’s excellent biographer, Nancy Peterson Hill found a handwritten note in Clark’s personal papers quoting the poet Ralph Chaplin: “Mourn not the dead, but rather mourn the apathetic throng. The cowed and meek, who see the world’s great anguish and its wrongs, and dare not speak.”