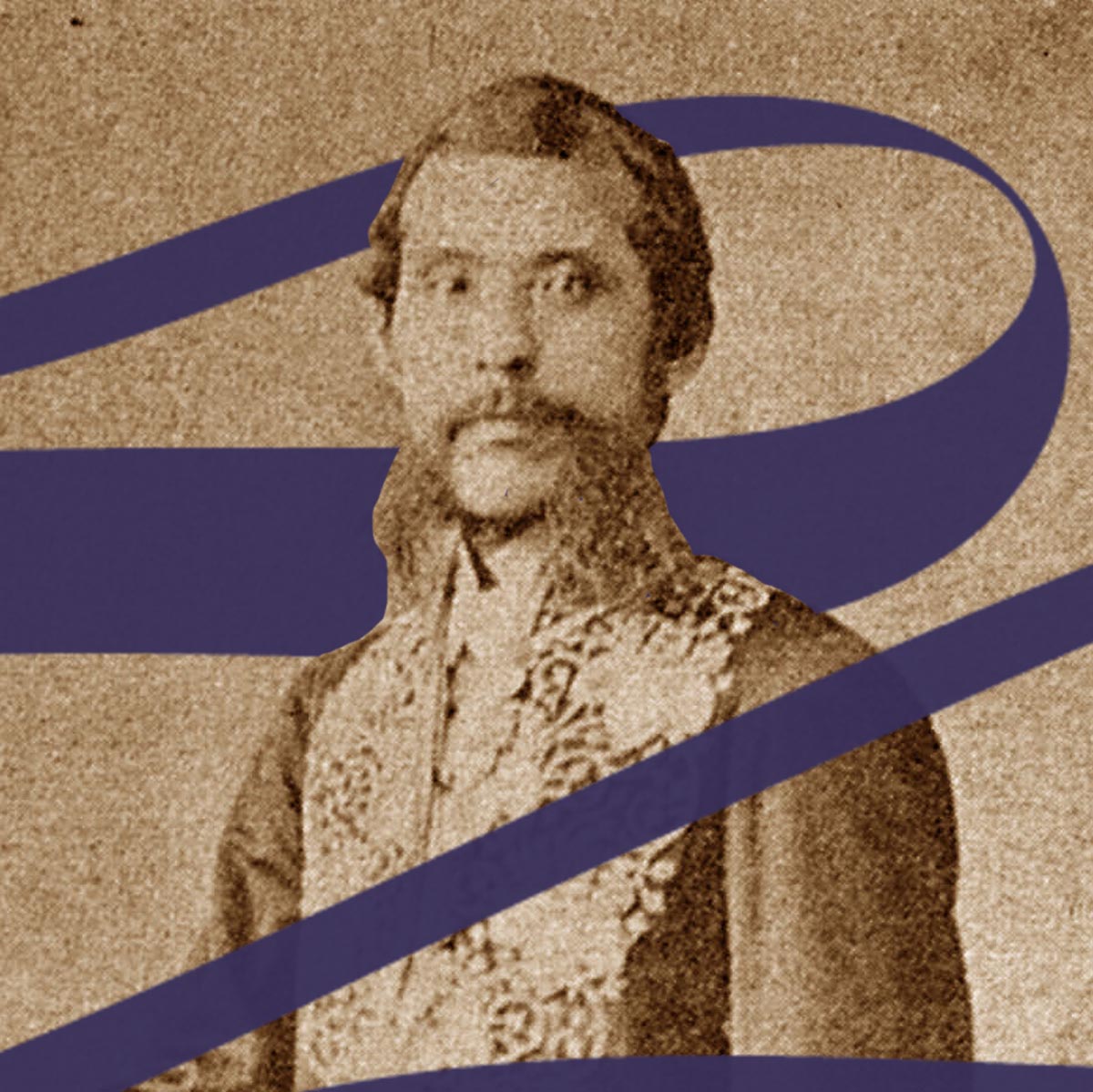 Okubo Toshimichi (1830 –1878) was a Japanese statesman, a samurai of Satsuma, one of three great nobles who led the Meiji Restoration. As a promoter of improved national economic policies, an outward orientation on the world and the need for international cooperation, all essential conditions for global governance, he helped to lay the groundwork for the modernization of his country.

Japan’s 250-year old feudal shogunate had collapsed in 1867–68 and control of the levers of power returned to the emperor in Kyoto, the period known as the Meiji. The early 1870s saw the onset of an impressive period of Japanese modernization characterized by the centralization of political power and the growing role of the state as an agent of economic development. Centralization meant “the abolition of feudal institutions, the conversion of fiefs (han) into prefectures (ken) administered by government appointees, and the appropriation by the center of revenues that had gone to the old warrior elite.”

At the center of this process stood a reform-minded group of bureaucrats, led by the Home Minister, Okubo Toshimichi. Their will for reform was motivated by the conviction that the legacy of the Tokugawa period, with its hierarchical and inflexible social structures, was anachronistic and ill-suited to the demands of a modernizing age. They increasingly viewed Japanese economic and military policies as weak, as compared with Western economic and technological advances. Income per capita in Japan in 1870 was lower than that of every other country in Europe including Russia, Portugal, Ireland, Argentina and Chile. They shared a sense of urgency, heightened by Japan’s persistent trade imbalances and the rigors of international competition.

Okubo played a significant role in pushing forward a radically modernizing agenda. Decisive and fearless, unfettered by tradition, with a famous disregard for social rank, and unconcerned with the possible social stresses generated by rapid change and a constant stream of government initiatives and directives, he was convinced that Japan could not afford to fail in its efforts to catch up with England, Germany and America. Indeed, failure, in his view, would put the country’s national security at risk.

Parsimonious with words, Okubo was highly respected in a warrior culture that prized action above speeches and promises of future action. He was known for his determination to put policy into force “with dispatch.” Although only forty-three years old at the time of his rise to Home Minister, Okubo had accumulated extensive experience working for people who dealt with a variety of economic and managerial challenges in Satsuma, his region of origin. He had already had considerable success in turning the sugar industry around, expanding the production of domestic cotton goods, and investing the resulting profits in the building of an iron furnace, an arsenal and steamships.

Moreover, he was relentless in recruiting talent for the Home Ministry. His belief that people should be promoted on the basis of merit rather than family or military connections was matched by his conviction that those who had had foreign training were particularly well-suited to assist him in his efforts to launch Japan in a sustained process of modernization. Okubo claimed that Japan could never aspire to be a world power unless it abandoned “backward practices,” such as the appointment of hereditary territorial lords to positions of influence, instead of abler, more deserving young men.

But perhaps his most important attribute was his passion for foreign travel and his willingness to examine the broad range of economic and scientific achievements in the developed world and to inspire others at home with a vision of the meaning of a modern Japan. He joined a high-level delegation headed by Prince Iwakura Tomomi on a two-year mission (1871–73) to the United States and Europe which consisted in visits to factories, railways, shipyards, armories and countless meetings with experts to examine and understand the inner workings of Western business, technology, and government. He wrote admiring letters back home, in which he extolled to his colleagues the virtues of the English transportation network, the textile mills in Manchester, the iron and steel works of Sheffield, the vast reach of the English merchant marine, the thrifty, hard-working and straightforward nature of his German hosts, all of which led him to conclude that Japan was a long way off from comparing “with the more progressive powers of the world.” Upon his return to Japan in September of 1873 he was “on fire with enthusiasm” for reform. Economist-historian David Landes writes that Okubo had the intellectual integrity to ask himself “how can we put it right?” rather than “who did this to us?” What emerged from his foreign travels and those of other colleagues in his inner circle was the notion that emulation of progress in the West was entirely acceptable, that adoption of new technology was desirable, and that knowledge, techniques, new processes and innovation were the key to the creation of a prosperous Japan.

Following the introduction of universal public education in 1872 and military conscription in 1873—which, by extending the right to fight to all men, did much to erase class distinctions and further weaken samurai traditions—the focus of policies shifted to economic development. Okubo is seen to have been helped by the extensive and effective jurisdiction enjoyed by the Home Ministry during his tenure, encompassing a very broad portfolio, including agriculture, foreign and domestic trade, light industry, internal security, among others. It was during this phase that the Home Ministry created the Mitsubishi Company, to compete with foreign merchant marines. In all these efforts, Okubo largely relied on internal Japanese resources.

Okubo was not timid about the role of government in promoting economic development, having gone on record, according to historian Sidney D. Brown, as saying that “the volume of goods produced arises partly from the industriousness of the people, but more fundamentally it must depend upon the guidance and encouragement by the government and its officials.” Within a hundred years, Japan’s income per capita, less than a third that of England in 1870, had caught up with that of its wealthier Western competitors. In the process, Japan had emerged as the world’s second largest economy and one of its foremost technological innovators. Okubo and his associates undoubtedly made an essential contribution to setting in motion Japan’s process of modernization, but they did not work in a vacuum. The country was ready for the next stage of development and was self-confident enough to recognize the superiority of Western science, technology, and organization, without feeling that such recognition would undermine national identity or pose a danger to its internal cohesion. In their efforts to modernize they were greatly helped by a practical streak, by the absence of fanatical commitments to outdated ideologies or misguided theories, so painfully costly to those unlucky enough to fall, later, under the spell of Soviet-inspired socialism.

Nonetheless, the collapse of the shogunate led to deep grievances in key segments of Japanese society, as hierarchical, tradition-bound samurai, for instance, found it difficult to adjust to the rapid pace of modernization. Many of them resented having to work for a living and many were unhappy with the elimination of their monopoly on the bearing of arms. Their disaffection reached such a pitch that a group of half dozen former samurai assassinated Okubo while on his way to a Council of State meeting in May of 1878. But by then the mindset had changed and the pathways of economic development and industrialization had become so entrenched that Okubo’s associates had no problems moving his program of reforms forward.