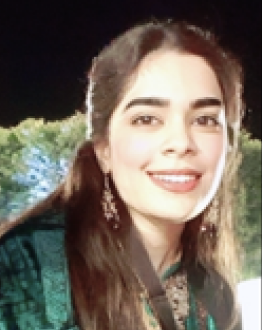 Ana Tawfiq Husain has recently finished her MA in International Relations at King's College London and completed her Bachelor’s in Social Development and Policy with a minor in History from Habib University. Ana is currently a Lecturer and a Dean's Fellow at Habib University, based in the Social Development and Policy program. With a regional focus on the Middle East, Ana’s research interests in this regard include power politics, energy politics, political Islam and postcolonial theory. In addition, she is also interested in South Asian and East Asian security and governance. Ana has interned at 'The Pakistan Institute for International Affairs’ (PIIA) as a research assistant and is an independent political contributor for the Institute’s blog, ‘Pakistan Horizon.’ Her research ‘Contentious Oil Politics and the Rentier State Theory’ which sought to examine the hand of colonialism in the development of the political economy of oil was published in the PIIA’s Pakistan Horizon scholarly journal in July 2019. Ana’s senior year research project conducted at Habib University titled ‘In Defence of Asian Values’: Investigating Lee Kuan Yew’s Postcolonial ‘Garrison Mentality’ for the “Singapore Story” was awarded the ‘Best Undergraduate Research Award in the Social Development and Policy program.’ This research was refined and subsequently published in the 14th issue of the Winter edition for KCL’s Department of War Studies’ Strife journal.