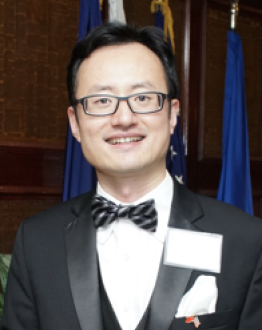 Gao Qing has been serving as the Executive Director of the Confucius Institute U.S. Center since 2015. Under his leadership, the Center – a non-profit organization in Washington D.C. dedicated to people-to-people engagement and global education - has become an important hub for intellectual, educational, and cultural exchanges. One of the signature programs created and produced by him was the US-China Global Education TV Series featuring American societal leaders and university presidents to discuss crucial global issues. Prior to this role, he was a faculty member at George Mason University teaching international cultural exchanges and programming. His responsibilities and services at the university also included the development of international collaborations for educational and community development projects including China, Korea, Japan, Sierra Leone. He has also held a position at US-China Policy Foundation – a think tank in D.C. conducting research on Sino-US cultural and political relations.

In the academic field, Gao Qing has published articles, chapters, and commentaries, and presented worldwide on the subjects of cross-cultural understanding, education development, geopolitics, and conflict resolution. His most recent work was included in an edited book “Conflict Resolution after the Pandemic: Building Peace, Pursuing Justice”.

Gao Qing received a doctoral degree in higher education administration and M.S. degree in conflict analysis and resolution from George Mason University, and a Bachelor of Management degree from Fudan University, Shanghai, China.