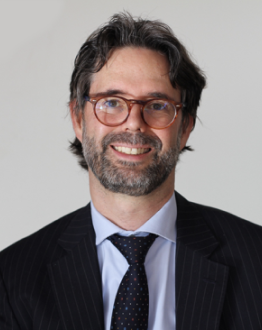 Holger Hestermeyer is a Professor of International and EU Law at King's College London and a Research Affiliate of the Max-Planck-Institute for Comparative Public Law and International Law. Holger has served as a Specialist Adviser to the EU External Affairs Sub-Committee and the EU Select Committee of the House of Lords in the UK. He is a past Co-executive Vice President of the Society of International Economic Law and co-Director of the Red Latinoamericana de Derecho Económico Internacional.

Before joining King's College London, Holger was a Référendaire at the Court of Justice of the EU and a research group leader at the Max-Planck-Institute in Heidelberg.

Holger has published widely in the areas of International, EU and Constitutional law. He has given expert testimony to parliamentary committees of the House of Commons, the House of Lords, the Scottish Parliament and the German Bundestag. He is frequently cited in the domestic and international media and has appeared on the BBC