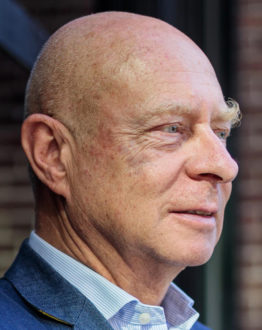 Marcello Palazzi BSc, MSc, MBA is the Founder President of Progressio Foundation for Human Progress (Rotterdam) and Co-Founder & Board Member of B Lab Europe (Amsterdam).

Marcello is a serial entrepreneur for human progress.  Following 11 years as co-head of his international family business in environmental technologies from Italy and the UK in the 80s and early 90s, he founded Progressio Foundation, which has completed 300 projects in 30 countries with dozens of partners under his leadership, in pursuit of the ‘civic economy’, ‘civic enterprise’ and ‘civic innovation', which Palazzi wrote about in 1990 in a pamphlet which has proved prescient, predicting the rise of CSR, sustainability, public-private partnerships, ethical investments, social enterprise and other forms of a more ‘integrative’ economy and enterprise: www.progressio.org.

Since 2014, Marcello has been leading the B Corp movement in continental Europe from Amsterdam. Marcello is also the co-founder and global ambassador of NOW Partners.