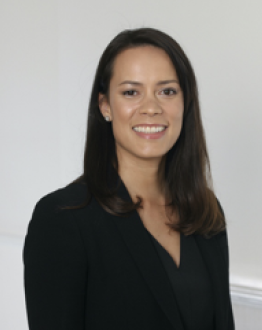 Philippa Webb is Professor of Public International Law at King’s College London. She joined Law School in 2012 after a decade in international legal practice. She served as the Special Assistant and Legal Officer to Judge Rosalyn Higgins during her Presidency of the International Court of Justice and, prior to that, as the Judicial Clerk to Judges Higgins and Owada. She has also held posts in the Office of the Prosecutor of the International Criminal Court and the United Nations Secretariat in New York. Her research encompasses international courts and tribunals, international dispute settlement, all aspects of immunities, international organisations, and human rights law. Professor Webb is also a barrister at Twenty Essex and has experience in dispute settlement before the International Court of Justice, the European Court of Human Rights, the International Tribunal for the Law of the Sea, inter-state arbitrations, as well as the UK Supreme Court and Judicial Committee of the Privy Council. Her publications include The Right to a Fair Trial in International Law (2020, with Amal Clooney) and Oppenheim's International Law: United Nations (2017, with Dame Rosalyn Higgins GBE QC, Dapo Akande, Sandesh Sivakumaran and James Sloan). Her treatise, The Law of State Immunity (with Lady Hazel Fox QC), has been cited by the leading national courts in the UK, Canada, and South Africa.