Endemic Global Corruption and Proposals for an International Anti-Corruption Court

9 Reasons Why Corruption is a Destroyer of Human Prosperity

9 Reasons Why Corruption is a Destroyer of Human Prosperity 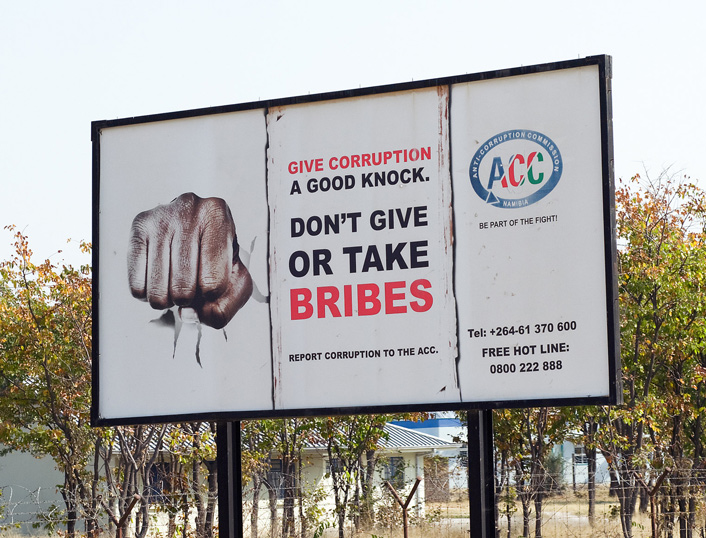 In an earlier blog post, we commented on the sources of corruption, the factors that have turned it into a powerful obstacle to sustainable economic development. We noted that the presence of dysfunctional and onerous regulations and poorly formulated policies, often created incentives for individuals and businesses to short-circuit them through the paying of bribes. We now turn to the consequences of corruption, to better understand why it is a destroyer of human prosperity.

Corruption undermines government revenue and, therefore, limits the ability of the government to invest in productivity-enhancing areas. Where corruption is endemic, individuals will view paying taxes as a questionable business proposition. There is a delicate tension between the government in its role as tax collector and the business community and individuals as tax payers. The system works reasonably well when those who pay taxes feel that there is a good chance that they will see a future payoff, such as improvements in the country’s infrastructure, better schools and a better-trained and healthier workforce. Corruption sabotages this implicit contract. When corruption is allowed to flourish taxpayers will feel justified in finding creative ways to avoid paying taxes or, worse, become bribers themselves.

To the extent that corruption undermines revenue, it adversely affects government efforts to reduce poverty. Money that leaks out of the budget because of corruption will not be available to lighten the burden of the poor. Of course, corruption also undermines the case of those who argue that foreign aid can be an important element of the fight against global poverty—why should taxpayers in the richer countries be asked to support the lavish lifestyles of the kleptocrats in corrupt states?

Corruption distorts the decision-making connected with public investment projects (Tanzi and Davoodi, 1997). Large capital projects provide tempting opportunities for corruption. Governments will often undertake projects of a larger scope or complexity than warranted by the needs of the country. Public investment will thus be higher—the world is littered with the skeletons of white elephants, often built with external credits, and representing a heavy burden on meager budgets. In the context of scarce resources, governments will find it necessary to cut spending elsewhere, sometimes in socially vital areas, or in operations and maintenance. Tanzi (1998) plausibly argues that corruption will also reduce expenditure on health and education because these are areas where it may be more difficult to collect bribes, though some have argued that provider absenteeism, a serious problem in the educational and health sectors of many countries, is itself a form of “quiet/silent corruption.”

There is solid empirical evidence that the higher the level of corruption in a country, the larger the share of its economic activity that will go underground, beyond the reach of the tax authorities.  Not surprisingly, studies have shown that corruption also undermines foreign direct investment since it acts in ways that are indistinguishable from a tax; other things being equal, investors will always prefer to establish themselves in less corrupt countries. Wei (2000) reviewed FDI data from 14 source countries to 45 host countries, and concluded that: “an increase in the corruption level from that of Singapore to that of Mexico is equivalent to raising the tax rate by 21-24 percentage points.”

4. It Stifles Innovation and Entrepreneurship

Corruption discourages private-sector development and innovation and encourages inefficiency. Budding entrepreneurs with bright ideas will be intimidated by the bureaucratic obstacles, financial costs and psychological burdens of starting new business ventures and will either opt for taking their ideas to some other less corrupt country or, more likely, desist altogether. In either case, economic growth is adversely affected. The high incidence of corruption will mean an additional financial burden on businesses, undermining their international competitiveness. Unlike a tax, which is known and predictable and can be built into the cost structure of the enterprise in an orderly fashion, bribes are unpredictable and will complicate cost control, reduce profits and undermine the efficiency of those who must pay them to stay in business. Mauro (1995) used some indices of corruption and institutional efficiency to show that corruption lowers investment and, hence, economic growth.

5. Corruption Takes Up Time and Resources

Corruption contributes to a misallocation of human resources. To sustain a system of corruption, officials and those who pay them will have to invest time and effort in the development of certain skills, nurture certain relationships, and build up a range of supporting institutions and opaque systems, such as off-the-books transactions, secret bank accounts, and the like. Surveys have shown that the greater the incidence of corruption in the country, the greater the share of time that management has to allocate to dealing with ensuring compliance with regulations, avoiding penalties, and dealing with the bribery system that underpins them, activities that draw attention and resources away from production, strategic planning, and so on.

Corruption has disturbing distributional implications. Empirical work shows that corruption actually contributes to worsening income distribution. Gupta, Davoodi and Alonso-Terme (1998) have shown that corruption, by lowering economic growth, perceptibly pushes up income inequality. It also distorts the tax system because the wealthy and powerful are able to use their connections to make sure that the tax system works in their favor. It leads to inefficient targeting of social programs, many of which will acquire regressive features, with benefits disproportionately allocated to the higher income brackets; e.g., gasoline subsidies to the car-owning middle classes in India.

There are no enforceable property rights emanating from a transaction involving bribery. The firm that obtains a concession from a bureaucrat as a result of bribery cannot know with certainty how long the benefit will last. The terms of the “contract” may have to be constantly renegotiated to extend the life of the benefit or to prevent its collapse. Indeed, the briber, having flouted the law, may fall prey to extortion from which it may prove difficult to extricate himself. In an uncertain environment with insecure property rights, the firm will be less willing to invest and to plan for the longer-term.  A short-term focus to maximize short-term profits will be the optimal strategy, even if this leads to deforestation, say, or the rapid exhaustion of non-renewable resources.

This uncertainty is partly responsible for a perversion in the sorts of incentives that prompt individuals to want to seek public office. Where corruption is rife, politicians will want to remain in office as long as possible, not because they are even remotely serving the public good, but merely because they will not want to yield to others the pecuniary benefits of high office. Where long stays in office are no longer an option, then the new government will want to steal as much as possible as quickly as possible, given a relatively short window of opportunity.

8. Diminishes Trust of the State

Corruption is a betrayal of trust, it diminishes the legitimacy of the state and moral stature of the bureaucracy in the eyes of the population. While efforts will be made to shroud such corrupt transactions in secrecy, particularly when the opportunities for bribery are linked to some government-inspired initiative, the relevant details will leak out and will tarnish the reputation of the government, thereby damaging its credibility and limiting its ability to become a constructive agent of change. Corrupt governments will have a tougher time being credible enforcers of contracts and protectors of property rights.

9. Bribery and Corruption Lead to Other Forms of Crime

Because corruption breeds corruption, it tends soon enough to lead to the creation of mafias and organized criminal groups who use their financial power to infiltrate legal businesses, to intimidate, to create protection rackets and a climate of fear and uncertainty. In states with weak institutions, the police may be overwhelmed, reducing the probability that criminals will be caught. This, in turn, encourages more people to become corrupt, further impairing the efficiency of law enforcement, a vicious cycle that will affect the investment climate in noxious ways, further undermining economic growth. In many countries, as corruption gives rise to mafias and organized crime, the police and other organs of the state may themselves become criminalized. By then, businesses will not only have to deal with corruption-ridden bureaucracies, but they will also be vulnerable to attacks from competitors who will pay the police or tax inspectors to harass and intimidate.

There is really no limit to the extent to which corruption, once it is unleashed, can undermine the stability of the state and organized society. Tax inspectors will extort businesses; the police will kidnap innocents and demand ransom; the prime minister will demand payoffs to make himself available for meetings; aid money will disappear into the private offshore bank accounts of senior officials; the head of state will demand that particular taxes be credited directly to his personal account. Investment will come to a standstill, or, worse, capital flight will lead to disinvestment. In countries where corruption becomes intertwined with domestic politics, separate centers of power will emerge to rival the power of the state. At that point, the chances that the government will actually be able to do anything to control corruption will disappear and the state will mutate into a kleptocracy, the eighth circle of hell in Dante’s Divine Comedy.

Alternatively, the state, to preserve its power, may opt for warfare, engulfing the country in a cycle of violence. In any case, corrupt failed, or failing, states become a security threat for the whole international community, “because they are incubators of terrorism, the narcotics trade, money laundering, human trafficking, and other global crime—raising issues far beyond corruption itself” (Heineman and Heimann 2006). 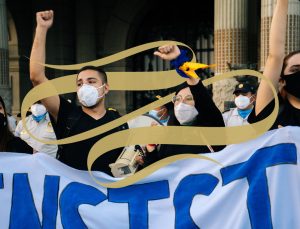 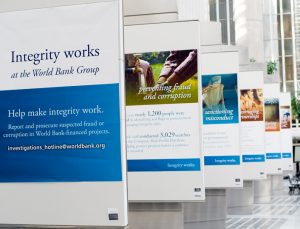 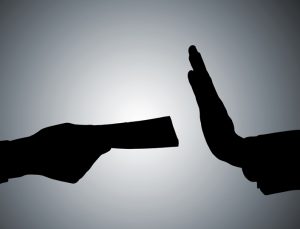