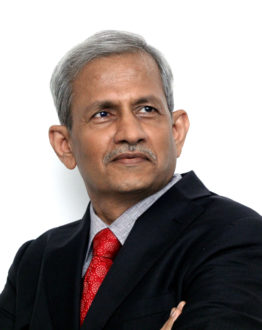 Sundeep Waslekar is President of Strategic Foresight Group, a think-tank based in India that has worked with or on 65 countries from four continents since its inception in 2002. He is also a Senior Research Fellow of the Centre for the Resolution of Intractable Conflicts Oxford University.

He is a pioneer of Track One and Half Diplomacy, which engages government and parliamentary representatives in a non-binding manner to find solutions in times of crises. He is the creator of the Blue Peace framework for using water as an instrument of peace, which led to the first ever United Security Council session on water, peace and security (UNSC 7818) in the history.

He has been quoted, reviewed and interviewed in more than 3000 newspapers, websites and television channels in some 70-80 countries. He is the author of a best seller book in his native Marathi language, Eka Dishecha Shodh, with 23 editions and has a large following of a few million young people in Western India. Sundeep read Philosophy, Politics and Economics (PPE) at Oxford University from 1981 to 1983. He was conferred D. Litt. (Honoris Causa) of Symbiosis International University, by the President of India in 2011.