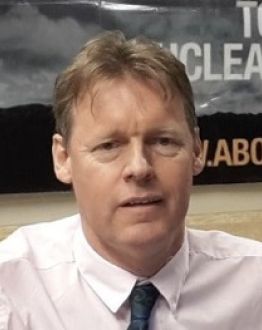 Alyn Ware is a peace educator and anti-nuclear activist. Following work in peace education programs adopted by the New Zealand Board of Education, he led the campaign to prohibit nuclear weapons, setting a course for a peace-oriented foreign policy. In New York, he served as UN Representative for the Gulf Peace Team, as co-founder of the Coalition for the establishment of the International Criminal Court (ICC), and UN Coordinator for a ground-breaking opinion by the International Court of Justice on the legality of the threat or use of nuclear weapons. During this period, he served as Executive Director of the Lawyers Committee on Nuclear Policy and co-founded Abolition 2000, the global civil society network to eliminate nuclear weapons, and Move the Nuclear Weapons Money, a campaign to cut nuclear weapons budgets and redirect these investments into supporting peace, climate protection and sustainable development. He established Parliamentarians for Nuclear Non-proliferation and Disarmament (PNND), a global, cross-party network of over 700 parliamentarians and now serves as International Coordinator and Director of its Basel Peace Office. Mr. Ware won the Right Livelihood Award (2009), UN International Year for Peace Award (New Zealand) and World Peace Award (Canada), and has been nominated for the Nobel Peace Prize three times.