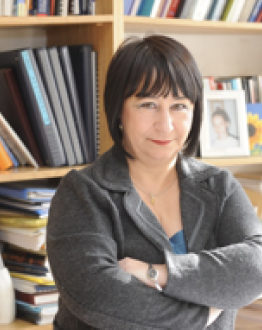 Biljana Vankovska is a full professor of international relations and peace studies at the Institute for Security, Defense and Peace, Faculty of Philosophy, Ss. Cyril and Methodius University, in Skopje, Macedonia. She has been one of the pioneer researchers in peace and conflict studies in the country since the mid-1990s. Vankovska was a Guest Senior Research Fellow at Copenhagen Peace Research Institute (COPRI) in 1997-2000; a Faculty staff member at European Peace University (EPU) in Stadschlaining, Austria in 2000-2014; and a Senior Fellow at the Geneva Centre for the Democratic Control of Armed Forces (DCAF) in 2001-2002. She is an International Advisor of the Transnational Foundation for Peace and Future Studies (TFF) in Lund (Sweden) and nominator for the Seoul Peace Prize. Currently, she is editor-in-chief of the international scholarly journal Security Dialogues and an editorial member of a few other academic journals, such as Journal of Balkan and Near Eastern Studies, Journal of International Relations and Development, etc. For almost three decades she has been one of the most influential columnists and public intellectuals in Macedonia and the region of ex-Yugoslavia. Her research interests include international security, peace and conflict analysis, civil-military relations, transitional justice and the Balkans affairs.