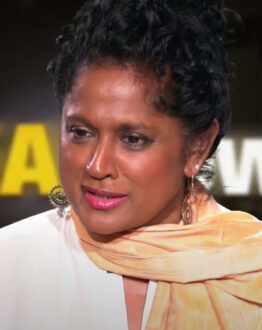 Sharmini Peries is editor and Vice-President of Communications at Institute for New Economic Thinking. Additionally she is Journalist and Co-Founder of TheAnalysis.News.

Former Senior Editor and Co-Founder of The Real News Network. Peries was International Economic Development and Trade Adviser to the President of Venezuela, cross-appointed between Miraflores and the Ministry of Foreign Affairs, from 2003-2007. She has served as the executive director of the following institutions: The Commission on Systemic Racism in the Criminal Justice System (1992-1994), International Freedom of Expression Exchange, and Canadian Journalists for Free Expression (2000-2004).

She holds an M.A. in Economics from York University, Toronto.